California on alert due to wildfires

The biggest fires continued to grow but there were no reports of injuries or deaths. 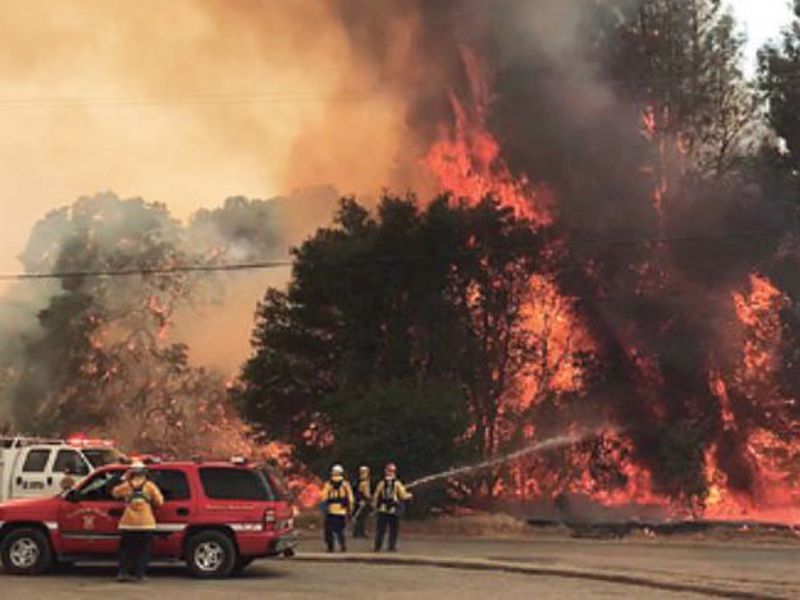 PAUL ELIAS
California.- Hundreds of Northern California homes and businesses were threatened Monday after wind-driven wildfires broke out over the weekend, forcing thousands of residents to flee their homes throughout rural regions north of San Francisco.

The biggest fires continued to grow but there were no reports of injuries or deaths, California’s Department of Forestry and Fire Protection said. About 3,000 residents evacuated homes in Lake County. A wildfire there that was not con tained and destroyed at least 22 homes and buildings, the agency reported.

Fire Battalion Chief Jonathan Cox said more than 230 firefighters using helicopters, bulldozers and other equipment were battling the Lake County fire in a rugged area that made it difficult to get equipment close.

“It’s kind of the worst possible combination,” Cox said. California Gov. Jerry Brown declared a state of emergency in Lake County, enabling it to receive more state resources to fight the fire and for recovery afterward.

The rural region was hit hard in 2015 by a fire that killed four people and destroyed 2,000 buildings.

Terri Gonsalves, 55, evacuated her home around midnight Sunday, putting four goats into her truck. She had been monitoring another fire that appeared to be moving away, but then she looked out her back window and saw a big hill aflame. “Holy cow, it’s right here,” she said she thought. “I’m outta here.” She is staying with her daughter in nearby Middletown.