Chancellor said she would report back July 1 on the results of her negotiations. 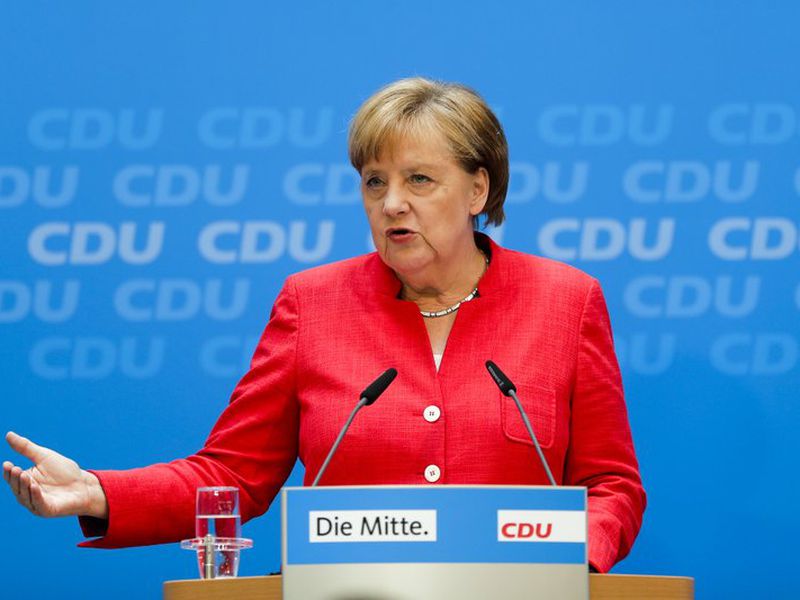 The Associated Press
BERLIN (AP) — Chancellor Angela Merkel’s allies in Bavaria averted an immediate collision Monday with the German leader, giving her two weeks to make deals on migrants with other European countries instead of turning them back unilaterally at Germany’s border.

In her fourth term at the helm of Europe’s largest economy, Merkel made it clear that she has no intention of being pushed around after an internal power struggle over immigration escalated into a threat to her government.

She said she would report back July 1 on the results of her negotiations, and that as far as she’s concerned it’s not yet clear what will happen if there’s no European deal on the divisive topic.

Her interior minister, Horst Seehofer, has been calling for Germany to turn back migrants at the border who have previously applied for asylum or registered as asylum-seekers in other European countries.

Merkel opposes such unilateral action, arguing that it would increase pressure on Mediterranean countries such as Italy and Greece and weaken the entire 28-nation European Union.

Seehofer heads the Bavaria-only Christian Social Union, the sister party to Merkel’s Christian Democratic Union. The CSU is determined to show that it’s tough on migration, arguing that this is the best way to cut support for the anti-migration, far-right Alternative for Germany party ahead of a challenging state election in Bavaria in October.

A CSU leadership meeting Monday in Munich unanimously backed Seehofer’s plan to give Merkel until the end of the month to find a solution with other EU countries. That banished — if only for now — the specter of Seehofer pushing through his proposal in defiance of the chancellor, which would risk bringing down her government.

Asked in Berlin whether her government can work well until the end of its term in 2021 and whether she is still in full control, Merkel replied: “Yes to both.”

Merkel emphasized the need for Germany’s conservative parties to stick together, but she and Seehofer may only have delayed a head-on collision.